Companies are sometimes sued by parties who are not their original creditors.  These plaintiffs are “assignees for the benefit of creditors” which means that the company’s original creditor sold or “assigned” their rights to another party to collect payments already made to the company.  That is, the assignee is trying to sue the company for money it already received for services or products already served or produced.  The lawsuit aims to recoup these payments from the company.

In this post, we will explain about assignment for the benefit of creditors in New Jersey and learn about how companies can defend against these actions.

What Exactly is an Assignment for the Benefit of Creditors in New Jersey? 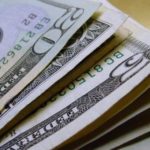 creditors.  Although similar to a liquidation bankruptcy in New Jersey under Federal Law, an assignment for the benefit of creditors in New Jersey is based upon NJ state law.  More specifically, an assignment for the benefit of creditors in NJ is governed by the Assignment for Benefit of Creditors Statute (the statute), N.J.S.A. 2A:19-1 to 50. The purpose of the law is to treat all creditors equally and avoid favoring any single creditor.  Favoring a single creditor is giving that creditor “preference” under the law.  In New Jersey, many businesses utilize the statute as a means of liquidating their assets to pay creditors.

An “assignee” under the law is any independent third party to whom the business selling its assets, known as the “assignor”, conveys or assigns, all its assets in trust.

Under the law however, the assignee MUST also represent the interests of all the businesses’ creditors EQUALLY.  It is under this scenario that the assignee usually files suit.

Since the assignee is obligated to represent all the assignor’s debtors equally, the assignee has a limited right to recover payments made by the assignor to third parties within 4 months of the assignment under N.J.S.A. 2A:19-3.   In other words, if a company you did business with paid for goods and services you rendered and then made a general assignment within four (4) months, the 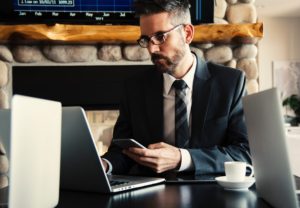 assignee can sue you in an attempt to force you to return the money.

The idea behind this action is to make sure no creditor – your company included – was/is given preference over other creditors.  In theory, the debtor has limited assets.  Otherwise, it wouldn’t be assigning its assets to a third party for liquidation.  Because there are a limited number of assets and they generally do not cover the business’ obligations, they must be liquidated, and the proceeds distributed under the law.  A payment to your company within 4 months of the assignment could be considered preferential in that your company could receive more than it otherwise would receive under the liquidation.

How to Determine Whether a Payment is Preference?

If you have been sued under the New Jersey Assignment for the Benefit of Creditors, whether they can recoup the money you received from the debtor is determined by whether the payment gave your company “preference”.  Although not expressly defined in the statute, the term “preference” can be defined as when:

As lawyers, we rarely think consulting an attorney is a bad idea.  Yet, we don’t 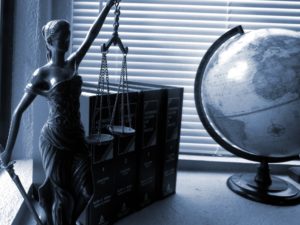 want to you waste money either.  No one benefits if you try to defend a losing case, not even the attorney since happy clients are repeat clients or those most likely to refer their friends and/or associates.

When the payment in question is clearly a preference and meets the above-mentioned criteria, there simply may be little a company can do to prevent having to give the money back.  In these types of cases, clients and their attorney(s) should consider the costs associated with fighting the case and also consider trying to lessen the damages through settlement.

In cases where the payment does not neatly fall into the above described criteria, there may be available defenses which could prohibit the assignee from taking money from your coffers.
After considering a cost/benefit analysis, you will be in a better position to take the most prudent course of action available.

At the Coppola Law Group, we represent business clients in various business disputes including actions under the Assignment for the Benefit of Creditors in New Jersey.  If you are sued by an assignee trying to recoup payments made to you by others in business, give us a call today at 732-722-7690 and explore your options.  We are here to help.  We are at your service.

What Information Does a NJ Bankruptcy Lawyer Need?